Solar Batteries Australia: Is it really worth it? 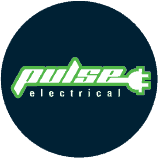 The concept of a home battery system isn’t new. Off-Grid Solar and wind generation have used battery storage of electricity for years. In the next 5-10 years, most homes with solar panels may also have a battery system.

A battery bank or singular battery stores unused power generated during the day.
Installations that include batteries are becoming more popular. As there is an attraction to becoming as independent from the grid. For most people, it’s not just a financial decision but also an economic and environmental one.

If your solar system and battery/batteries are large enough you can run your home viably on solar power. Using electricity from your battery can be cheaper per kWh (kilowatt-hour). Depending on the time of day and electricity tariffs in your area.

Depth of Discharge
This is the amount of energy that you can use without shortening the batteries life span. Most battery types need to hold some charge at all times to avoid damage.

Lithium batteries can discharge to about 80 to 90% of their nominal capacity.

Continuous power is the amount delivered while the battery has enough charge.

Efficiency
For every kWh (kilowatt-hour) of charge put in, how much the battery will store and put out again. There’s always some loss, but a lithium battery should usually be more than 90% efficient.

Total number of charge/discharge cycles
Also called the cycle life. This is how many cycles of charge and discharge the battery can perform before it reaches the end of its life. Different manufacturers might rate this in different ways. Lithium batteries can run for several thousand cycles.

Ambient temperature range
Batteries are sensitive to temperature and need to operate within a certain range. They can degrade or shut down in very hot or cold conditions.

Lithium-ion
The most common type of battery installed in homes today. These batteries use similar technology to the batteries used in smartphones and laptops. There are several types of lithium-ion chemistry. A common type used in home batteries is lithium nickel-manganese-cobalt (NMC). Used by Tesla and LG Chem.
Another common chemistry is lithium iron phosphate (LiFePO, or LFP). Which is said to be safer than NMC due to lower risk of thermal runaway. (Battery damage and potential fire caused by overheating or overcharging). but has a lower energy density. LFP is used in home batteries made by BYD and Sonnen, among others.

Pros
• They can give several thousand charge-discharge cycles.

• They’re suitable for a wide range of ambient temperatures.

• They should last for 10+ years in normal use.

Cons
• End of life may be a problem for large lithium batteries.

• They need to be recycled to recover valuable metals and prevent toxic landfill. But large-scale programs are still in their infancy. As home and automotive lithium batteries become more common. It’s expected that the recycling processes will improve.

Lead-acid, advanced lead-acid (lead-carbon)
The Lead-acid battery that helps start your car is also used for large scale storage. It’s a well-understood and effective battery type. Ecoult is one brand making advanced lead-acid batteries. Yet, without significant developments in performance or reductions in price. It’s hard to see lead-acid competing long-term with lithium-ion or other technologies.

• They have a slow charge cycle.

Flow battery
One of the most promising alternatives to lithium-ion. This type uses an electrolyte and a chemical reaction to store charge and release it again. Redflow’s Z-Cell battery is the main flow battery currently available in Australia.

Pros
• They can be discharged to 100% of their capacity. They have no residual discharge so they won’t lose charge over time.

• They don’t lose capacity over time.

Cons
• Being a new technology, they’re expensive compared to lithium-ion.

• They need frequent maintenance which takes them out of service.

Other types
Battery and storage technology is in a state of rapid development. There are other technologies currently available include the Aquion hybrid-ion (saltwater) battery.
Molten salt batteries and the recently announced Arvio Sirius supercapacitor.

What Light Bulb Do You Need For Each Room?

Lighting can make or break a room. The right lighting shows off your paint, decorations, and enhances your natural beauty. The wrong lighting can be dull or blinding. Read more…

To book a Pulse electrician simply tell us below the details of the job and our office admin will contact you within one working day to discuss the details and finalise your booking .

Our electricians are available
24 hours a day!